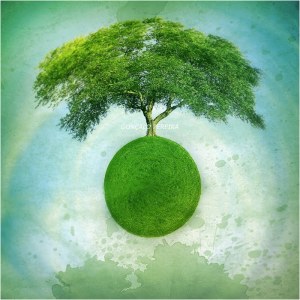 Welcome – Why This Blog?

Welcome to the new Provocations Blog.

Let’s face it, most people go about their business and do not question the civilization in which they live, love, work, and play.  For most of us our culture is taken for granted; a given that was granted at birth, like air. Even less so, do people seem to actually think about the implications and impacts that their culture has on the world around them. This blog aims to counter this tendency by teasing apart the socio-economic fabric of our culture, by challenging the underlying assumptions and established paradigms of our society, and to clearly expose the consequences of how we choose to live, on our planet and all living beings on it. I am deeply concerned for the future, our future.

As reported in the Washington Post and elsewhere, in a November 2016 speech at Oxford University Union, the famed astrophysicist Stephen Hawking argued that we have about 1,000 years to find a new planet to live on –  IF we manage to survive the “rise of artificial intelligence, the ravages of climate change and the threat of nuclear terrorism in the next century.”  Beyond that, “humanity at great risk of encountering another mass extinction.”  This of course ignores that fact that we are already in the midst of the sixth great mass extinction the Earth has witnessed.  So I am even less sanguine.

Over the past couple of years, as I began to think about the mounting list of challenges faced by humanity, I came to the realization that we —humanity— may only have a few generations before it all unravels.  Admittedly, this is not based on a rigorous or quantifiable study.  It is an intuition informed by my lifetime of studying the Earth System, and having read many scientific studies that do look at various dimensions of the current state of affairs and the future.  There are many ways in which the world as we know it can unravel, that civilization can fail:

This is only a partial list.  To add to the degree of concern and the complexity of our problems, all of these issues are interrelated and compounding.  As we know from systems and complexity theories, there are concepts such as tipping points and feedback processes and the like.  In other words, a crisis in one area can trigger crises in other areas, and we can reach points of no return from which we cannot recover.

On a Personal Level…

My motivations for writing this blog are manifold.  By expressing these ideas publicly, I seek to challenge both the ideas themselves and you, the reader.  But a more basic and perhaps slightly selfish reason, is to have a place to collect, organize, and express my thoughts and concerns on the state of the world and the life it cradles.  Also the exercise of writing, akin to teaching, forces one to refine and hone one’s thinking and imposes a form of discipline.

At a deeper level, there are few who examine and challenge the very fundamental assumptions that underly our society, our civilization.  We take for granted that things must be the way they are in spite of the fact that there is good evidence that our way of living is, at best, detrimental to the planet and to every living thing on it, including us.  At worst, our way of living could lead to our demise.

Now before you all go rushing to slap some kind of label on me, let me just say that this blog is apolitical; it transcends politics.  I fail to see much distinction between the labels “right” and “left” as they are both a part of the dominant culture. And the general arc of the story of this culture (specifically the United States, but generally all nation states) remains unchanged regardless of which party is in office.

This story is much about consumption, waste, abuse, destruction, war, the concentration of power and wealth into fewer hands and the associated and growing inequities it causes.  And so on, the litany is long. At the same time there are parts of this story, which are undeniably beautiful.  There are still people who are kind and generous and creative.  There are still places of natural beauty and abundance, though you have to look harder and harder to find it. And I find hope in the fact that in the absence of human pressure, nature recovers if she is allowed to, if not always in a human time frame (an open pit mine is a scar for eons; and once extinct there is nothing to recover, it takes millions of years for new species to evolve).

These are deep and dark issues and I hope that I can hang on to my native sense of humor, and to find the beauty to celebrate as well.  But we do ourselves a disservice to ignore the realities.

What’s in a Name?

The title of this blog was inspired by Dr. Walter Orr Roberts (August, 1915 – March, 1990).  Walt  Roberts, an astronomer and atmospheric physicist, was the founder of the National Center for Atmospheric Research (NCAR) in Boulder, CO and a leading climate scientist of his day.  Roberts and a group of his colleagues had formed a “Climate Club” and they engaged in what they had called “computer conferencing.”  This was in the 1980s when the Internet was very young and the world wide web and HTML did not exist.

Walt began to send “occasional short entries” to this group.  He wrote, “I am calling these items “Provocations” since they’re intended to provoke some debate or controversy.  So please do respond!! The items will be numbered…” His topics were varied and diverse and wide-ranging.  These were collected in (I confess, a somewhat obscure reference):

The climate club: a collection of 299 provocations written by Walter Orr Roberts as they appeared in WBSI teleconferences between May 1984 and February 1990. La Jolla, California, Western Behavioral Sciences Institute, 19990. ix, 333 pp.

In this blog, I will strive to follow Aristotle’s advice:

With this in mind, I expect that future entries, which will come on a roughly weekly basis, will be somewhat shorter and more pithy.